Three players in the outfield, standing and waiting for the ball to come; it might seem like a boring work for an amateur spectator. But, there are lots of things happening.

Outfielders are alert and continuously trying to stay ahead of the situation. Among all three outfielders, the center fielder is doing much of the work by not only adjusting himself but guiding the other two as well.

What does the center field do in baseball? 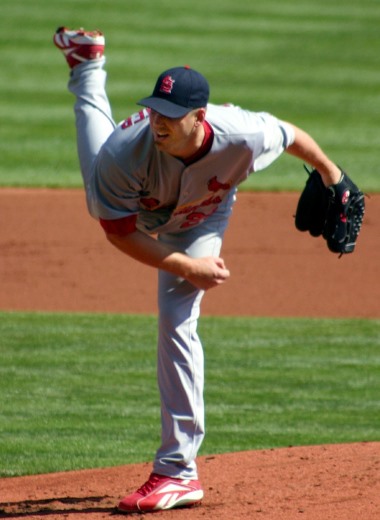 In baseball, the center fielder needs to have a special set of skills. He is the outfielder who plays defense.

Outfielders must be able to cover the great area in the field. In simple words, we can say that center fielders field their position.

But in actual, he is the captain of the outfield and the game analyzer in addition to guarding his own space.

Along with defending his position, the center fielder backs up pickoff throws to second base, ground balls hit to the middle infielders, and catcher’s throw when there is an effort to steal second base.

To play at this position, a player must have these two qualities:

Center fielders are one of the fastest players in the team. But, with the speed, having keen eyes on the ball is necessary. ‘A good first step on a ball’ means knowing the exact direction where the ball will hit. When the center fielder knows the ball’s location, he can cover a lot of ground beforehand.

Above mentioned traits are for the defensive playing. Offensively, it is uncommon to have a center fielder in the team who is unable to hit. They are the productive hitters with good strength.

How important is the center field in baseball?

Centerfield is one of the most important defending positions in baseball. A center fielder must be a well-rounded player of the team who can stand firm on the ground when needed. He should have a strong arm while being productive at bat.

This position is considered to be the captain of the outfield, as the center fielder connects with the right and left players in the outfield and lead.

Mainly, the center fielder has a clear view of the hitter and the pitcher; thus, it becomes easy for him to direct others.

Tips of how to play well center field in baseball? 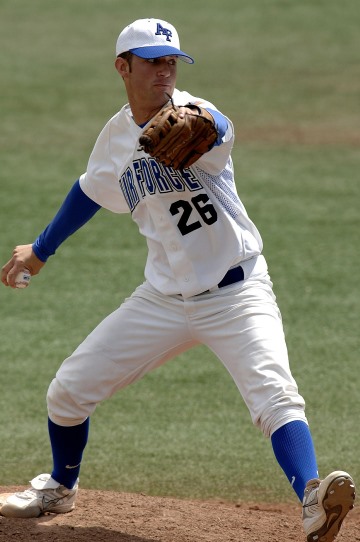 Here are our tips that will help you to improve your baseball game:

To play well in the center field in baseball, you first must know where to stand.  Positioning matters a lot because it will decide your fate on the field.

You shouldn’t stand lining up right behind the pitcher. It will hinder your view of the hitter and you won’t be able to judge where the ball will head.

Center fielder should adjust himself according to the current playing situation: 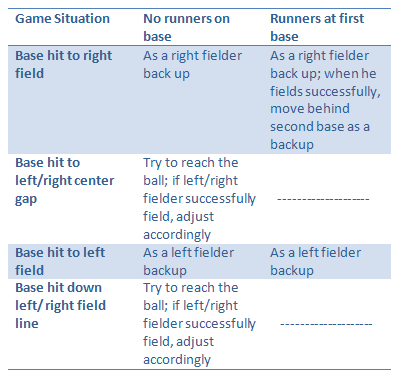 A center fielder must be in the athletic position when the ball is to be delivered, just like a tennis player who is about to return a serve.

Legs should be a little wider than the width of the shoulder with hands on the knees. Trust your eyes and react immediately with what your mind perceives. Move to and fro on the field just to be ready.

A good center fielder knows that the ball isn’t coming directly to him but making a snake pattern because of the grass patterns on the field.

The grass of the outfield makes the ball do weird moves. The ground ball doesn’t come rolling to you straight.

You need to make analyzes to improve your game. To improve this, you need to practice on the grass field rather than a plain tiled floor.

Catching the Ball – Use Eyes

Follow the ball with your eyes before catching it and your hand will automatically correspond. Fielders drop fly balls when they get confused. The confusion comes into existence when your glove crosses in front of your eyes.

Try to catch the ball with a single hand without disturbing your vision. Whether you need to move left or right, don’t keep your eyes off the ball for a split second. Do the drills that boost hand-eye coordination.

Running after the Ball – Toes before Heels

When you are running after the ball, make sure that your toes hit the ground first and not your heels. It is the best way to run as it produces a soft impact on your eyes and you will be able to hold the ball more swiftly.

Final and Most Important Tip – Practice, Practice, and Practice

When you play at the center field position, you need a lot of energy along with the correct strategy. You can only master your skills when you practice a lot.

The best time to practice is when there’s a batting practice session going on. Nothing can give the better idea of catching fly balls than the balls that are being hit by the hitters.

Pinetarpress.com is a participant in the Amazon Services LLC Associates Program, an affiliate advertising program designed to provide a means for sites to earn advertising fees by advertising and linking to Amazon.com. Amazon and the Amazon logo are trademarks of Amazon.com, Inc. or its affiliates. As an Amazon Associate I earn from qualifying purchases.

Scroll back to top