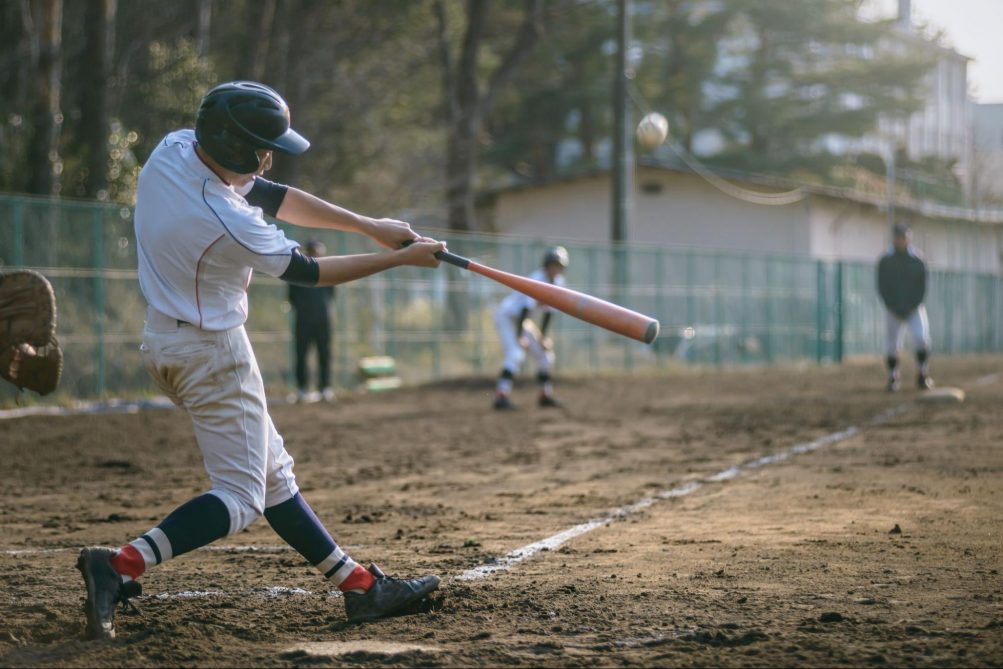 The distance of the baseball hit by a 12-year-old depends on several factors. These include the batter’s strength, the ball’s velocity, and trajectory, and the pitch’s speed. But after considering all factors, statisticians have come up with an average distance for different age groups.

According to Raspodo, the average hitting distance for a 10-year-old is 80 feet, while an 11-year-old average is 89 feet, ending with a 12-year-old with an average of 101 feet.

We will discuss techniques to hit the ball and achieve further distances but first, a little physics lesson:

The collision of a baseball and bat lasts just about 1/1000th of a second, which means there is a short window to hit the ball perfectly. Even if the batter strikes the ball with the bat’s meat, other factors play a role in the travel distance. These include geography, weather conditions, and humidity. But the most emphasized factor is the launch angle.

The term ‘launch angle’  was unheard of just a decade ago, but technology has allowed us to understand how important it can be. Now every commentator, coach, and player focuses on the launch angle to hit the ball farthest. Stats have shown that a ball with a launch angle of 25-30 degrees travels the most distance, also known as the ‘sweet spot’.

In addition to launch angle, you must consider other factors like wind, air density, humidity, sea level, and geography. A baseball hit for a home run in San Francisco at sea level on a windy night would not travel the same as the one at Colorado, which is about 5200 feet above sea level. It would help if you also had a faster bat speed to achieve high exit velocity.

How to Increase the Travel Distance of a Baseball for a 12-Year-Old?

Natural factors affect baseball travel distance, but those remain the same for every player on the pitch. You can neither change nor work around them, but some other factors like launch angle and bat speed can be worked upon and improved to hit the ball at greater distances.

How fast the bat’s sweet spot moves when before contact is the batter’s bat speed. The batter with faster bat speed will be able to hit the ball farther because it essentially dictates how hard the ball has been struck. It also determines the exit velocity (a higher exit velocity sends the ball to longer distances).

When the ball is stuck harder, the defense has less time to react, even if it goes right past them. Furthermore, higher exit velocities also make the ball travel higher, and with the right launch angle, the ball can travel great distances. The math works like this:

If we break down the math, it is evident that travel distance depends on the following factors:

Underload and overload training is the most effective technique to improve baseball speed. Batters practice with heavier and lighter bats to increase their speed and develop the strength to hit the ball efficiently. Bats with lower masses allow the batter to swing faster than its standard limit. In comparison, bats with heavier weights develop core strength. Combining the two creates muscle memory, producing higher bat speed in-game.

The vertical angle at which the ball leaves after being struck is the Launch Angle. You can find out the average launch angle of the game by dividing the total angles by the number of balls. Statisticians have laid out the guidelines for the launch angles of different hits.

To achieve the maximum distance, hit the ball 35-45 degrees, depending on the weather conditions. Players can use this information to improve their launch angles and send their baseballs to longer distances. The launch angle is low if a player hits a ground ball. Such players should invest in swing path drills using techniques like the ‘Angle Toss’, ‘Get on Plane’ drill, and the ‘Bat Path’ drill.

Whereas a batter that hits the ball in the air every time has high launch angles, it can be optimized by spending time on the  ‘Separation’ drill, ‘Full Turns’, ‘Med Ball Toss’, and the ‘Lower Body Coil’ drill.

Hitting a baseball further distances is a science, and all the factors that play a role must be understood. You cannot control the weather or geography, but you can work on factors like bat speed and launch angle. Several exercises and drills have been proven quite effective in improving these factors in the players. Understand the science behind it and practice optimizing the game to hit the ball to longer distances.