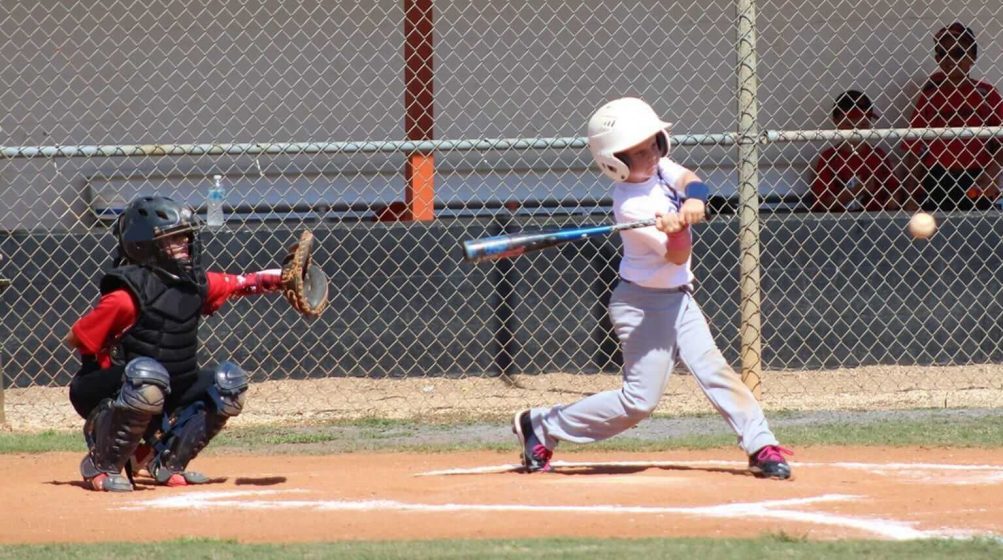 Focus on the process, not the results.

The first, and perhaps most important, part of keeping your head in the game is to not get hung up on results. It doesn’t matter how many errors you made that inning or how bad you think you looked when you swung at that fastball. What matters is what you do next. Remember, baseball’s a game of failure—the best hitters only succeed three out of every ten at-bats! Success doesn’t come from avoiding failure but from learning how to handle it.

The best way to take your mind off the scoreboard is to focus on the process of playing baseball itself. You’ve heard this before: if you focus on improving your skills and doing everything as well as possible, then good results will follow. The trick here is to focus on small improvements; moment-to-moment adjustments that make each time out a little better than the last one instead of being distracted by outcomes like wins or individual stats.

Here are just a few examples:

Learn from your mistakes, but don’t dwell on them.

You should always learn from your mistakes, but if you’re dwelling on one bad at-bat during a game, it will negatively affect your performance as the game goes on. Instead of focusing on the result of each at-bat, focus on what you can control in your next at-bat.

As athletes and fans, we sometimes become so wrapped up in the outcome—the moment where we win or lose—that we lose sight of all that went into those moments. If you keep dwelling on the result of an at-bat and continue to get stuck in your past mistakes throughout a game, you’ll probably have a pretty rough night mentally and struggle to perform well physically as a player.

One of the most important tools for handling failure is to have a short memory.

Baseball is unique in that it tests your mental toughness more than almost any other sport. You can succeed three out of every ten at-bats (which translates to a .300 batting average and an All-Star career) and still be considered a failure seven-tenths of the time. The difference between baseball and the majority of other sports is that one individual error—be it a misplayed ball in the outfield, or striking out with runners on base—can decide the outcome of an entire game. This leads players to place extreme pressure on themselves, constantly thinking about what they did wrong and what might happen if they mess up again.

You’re only hurting yourself by dwelling on past mistakes or worrying about future outcomes, so learn to focus only on what you can control: how well you prepare for your next at-bat or play so you can execute it correctly. If you make a mistake, forget about it as soon as possible. It’s okay if things don’t go well–that’s part of the game! But don’t let one bad play snowball into another, and another after that. Learn from your mistakes but then move on; there will always be another opportunity around the corner if you stay positive and focused.

Get used to failing.

Get used to failing.

As a baseball player, you will fail. A lot. For example, if you fail in 70 percent of your at-bats over the course of a season — which, by the way, is considered extraordinary — you’re still one of the best hitters on your team. While that may sound discouraging, it shouldn’t be. The more you fail, the more you learn from failure and tend to overcome it when it happens again (and again and again).

Failure also makes you stronger. Not just physically but mentally as well. In fact, many athletes who have failed in their sport cite it as one of the most important factors for their future success as an athlete and a person. There are countless examples: Michael Jordan was cut from his school basketball team when he was younger; Tiger Woods lost dozens of tournaments before winning his first Masters tournament; Wayne Gretzky scored only seven goals during his first year playing hockey but went on to become “The Great One” with a whopping 822 career goals (the most ever).

Learn how to deal with baseball failure and build confidence

Failure is a huge part of baseball. You can’t be successful without failure, and you can’t learn without failing. Take this to heart and it will do wonders for your confidence on the field.

If you let failure hold you down, it will affect your performance in many ways. First, fear of failure could stop you from trying new things on the field. For example, if you don’t take chances at bat and try to go for a hit every time because you are afraid of striking out, that limits your ability to improve as a player. Failing at new things is how we learn them!

Second, letting failure get you down will distract you from the game by keeping your mind stuck on past mistakes instead of focusing on what’s happening right now in front of you. How many times have seen players make errors that lead directly to another error? After making a bad play or missing the ball one time, they get so caught up in thinking about that mistake that they don’t pay attention and miss an easy ball right after that would have fixed everything!