To keep the game fair, teams assign umpires or referees in almost every game. They have keen eyes to see the game in detail and make decisions about the play.

The umpire in softball is also important to keep the game going. The official softball umpires are called ‘blue’ because of the color of their uniform in the field.

A game without an umpire is just a practice match and not a competition. 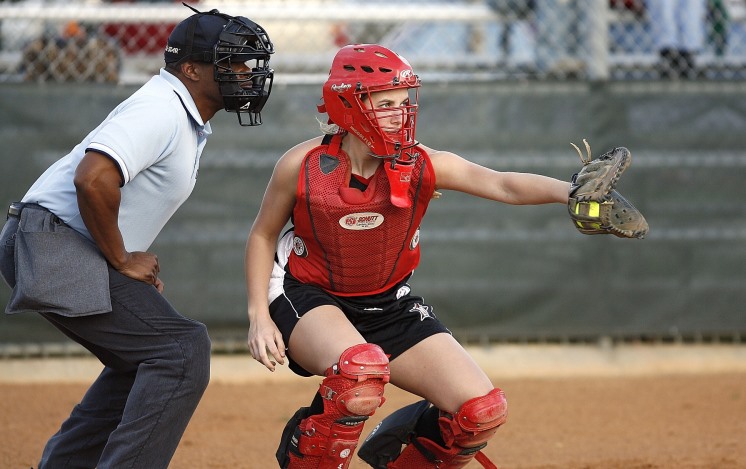 How many umpires are there in the softball game?

In a game of softball, the number of umpires depends on the requirement of the match. The number can range from at least one umpire up to seven umpires in a single game.

Among all the umpires, home plate umpires play a vital role. They must call, strike, pitch, or foul. These umpires see everything happening in the game and detect whether every player is following the game rules strictly.

Their responsibility is to watch the base from the first to the third. They call whether the runner is out or safe. Also, they keep an eye on the pitcher and check if they are following the game rules and doing everything legally.

In the smaller league, outfield umpires are not present usually. Their duty is to check whether the ball that reached the line is foul or fair. Any ball that goes beyond the white line is foul and that remains inside is fair.

What are the good qualities of umpire softball?

A good umpire has many qualities to keep the game fair.  Some of them are:

It is vital that players should be in good shape, but the same goes for the umpires. They should be physically fit so that they can move around to take a better angle of the game when needed. Fitness provides agility and speed which is very necessary. The umpire has to move when the ball comes into action.

Umpires get this position in the game to take unbiased decisions. Along with being fair, the decisions should also have the perfect timings. They should not be very quick either slow. Hasty decisions could have a negative outcome; on the other hand, the delayed decision shows a lack of confidence.

Knowing the game is one thing, and knowing all the rules is another. An umpire should understand every aspect of the game. A good umpire can easily take the decision during uncommon conditions as well.

One umpire must respect the other umpires present on the field. Each umpire should support the other’s decision. If there’s any issue, it should not be discussed in front of others but separately.

Good umpires follow some specific morals. They don’t interact with the spectators – even when they are passing critical remarks. They remain silent even when they don’t like the comment.

Their relation with the teammates is full of respect but they don’t show favoritism.  They show dignity in the field and their dressing sense reflects it. A good umpire is a role model for young players, children, and even the audience.

Good umpires have the eyesight that can see every minute detail. Also, they call loudly in the game so that both teams and spectators can listen to it.

As they are confident in their decision, they don’t feel shy about it. Communication skills matter well and they are also good at it. They have the ability to convey their message without any complication.

How to become an umpire for youth softball?

Being an umpire is fun, and this field is full of opportunities. Nowadays, there is a special set of skills that an umpire must possess to be successful.

When you want to be an umpire, you must show that you can take decisions quickly and stand firm on them. Also, you should have complete knowledge of the game. The umpire keeps the game going, so the umpire needs to keep the game in check.

What to study to be a softball umpire?

Mostly, the softball umpires are educated, with more than 50% having a bachelor’s degree with a major in business or Kinesiology. Other degrees are also acceptable because becoming an umpire may require special training for certain leagues.

Special courses are also offered that range from hours to weeks. The courses covered during these sessions may contain and are not restricted to game management, communication, professionalism, game experience, obstruction judgment, interference judgment, preventive umpiring skills, and similar others.

Completing these courses helps the person to understand different game situations and how to work in them. There are also certificates associated with these courses that strengthen the resume and aid in getting the job as a youth softball umpire.

Other than that, you need to fulfill the following game demands:

Being an umpire means standing in the scorching heat and jogging here and there to position yourself correctly from time to time. It exceeds the typical physical demands, so you must be ready for that.

Not everyone is happy with your judgment. For that, you must learn to face criticism. From the team players to the spectators, you cannot satisfy all. Thus it is better to act dumb and mute when criticized by others.

You should know how the game is executed. You must have hawk eyes to see everything. You should have complete game knowledge, and for that, you should be studying plus giving attention to the game when you are only a spectator of the match.