A bunt in softball is a technique the batter uses, especially in the fast pitch game; it is the same as bunting in baseball.

Bunt is performed by hitting the ball with a loosely gripped bat in front of the home plate and forcing the ball to bounce off from the bat.

If done right, the ball with travel slowly towards the targeted area, increasing the problems for the infielders to field.

Different types of bunts in softball 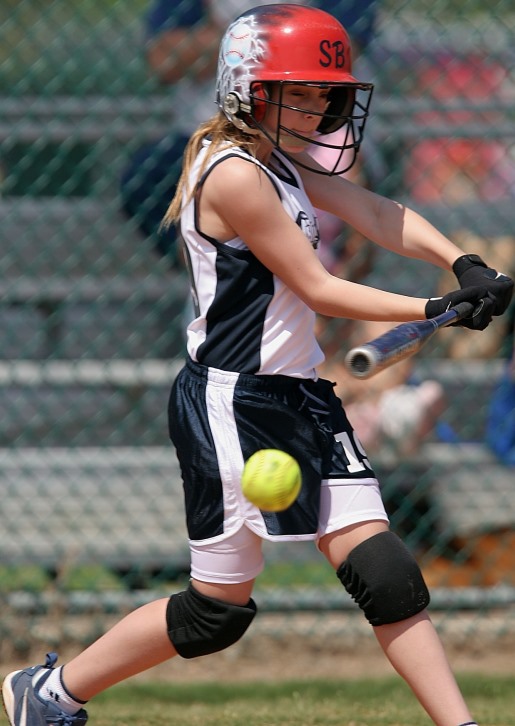 As the name suggests, the batter uses sacrifice bunt to help the baserunner advance while getting himself thrown out. Usually, this type of bunt is performed to advance the runner from the first base and reach the second.

Also, it can be used to advance the runner from second base to third or to complete a home run. This sacrificing strategy is used when weak hitters are on the field, and the difference in score is high. The batter will get in position to perform this bunt even before the pitchers throw the ball.

Bunting for a base hit

It is not usual for the batter to only use bunting for advancing his runners. The move can be used to get a base hit. Even if other runners are present on the base, the batter can use the bunt to advance to the first base.

When the batter intends to get a base hit, he will wait until the pitcher releases the ball to get the fielders off guard.

If the batter wants to get the base hit, he will run as soon as he bunts the ball. This is known as the drag bunt.

Drag bunting is more convenient and more performed by the left-handed hitters as compared to the right-handed ones. The left-handed batter’s stance gives them the edge to be closer to the first base.

The batter’s intention was not to go for a bunt but unintentionally gets the same result as a swinging bunt. The batter swings the bat at the ball, but if he doesn’t get a proper hit, the ball can travel loosely like bunting.

A batter can intentionally perform this blunt; when he does, this blunt is called a slug. The batter can give the impression to hit the ball but ends up getting a soft hit. This confuses the opposition, which was expecting a hard-hit.

When to bunt in softball 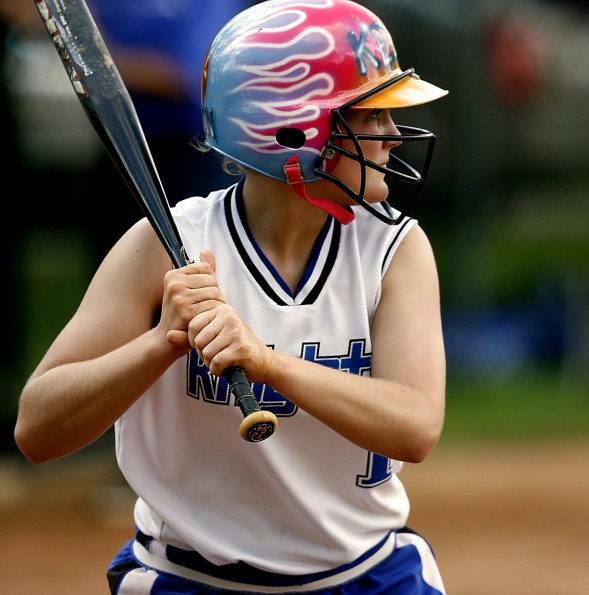 Sacrifice Bunting: Many would say that it is better to go for this bunting at the end of the game when the scoreboard shows a tie or a close call. Probably, you have seen many doing the same thing.

It usually gives the winning run to the team. It may help to win, but the defensive team might be pretty aware of that bunt and be ready for it. A bit earlier, sacrificing bunt can into a lot of changes to the game. A sacrifice bunt earlier can change the scoreboard totally and can tuck in multiple runs.

Bunt for a Hit: For this bunt, the situation of the field matters the most to make it a success. It can happen at any time in the game. Mostly, it will occur when the score is, for instance, 0-1. When it is attempted at this time, the hitter has a better chance to grab the opportunity and make the run.

The exercises for bunting in softball

The right bunt at the right time can make you the winning team. Practicing makes you perfect, and the same goes for your team. Bunt is not for the benefit of a single player, but it involves all of your team players. Here are some drills to practice:

This exercise is for the team divided into pairs of two. One will be the pitcher, and the other one will hit the ball. Mark the safe zones in the area around the player as the field. When pitcher balls, he must announce first or third to announce where you bunt the ball.

The hitter must use the safe zones to bunt the ball. When all the balls have been pitched, the hitter can be the pitcher now. A golf ball and a bat are needed for this practice.

With this exercise, the player will practice precisely where to hit the ball. It will provide better ideas of how-to bunt and where to bunt. It will also enhance the skills not to bunt to the pitcher.

It is the teamwork of three players. Divide the team in a way that each team has three players: two pitchers and a hitter. Each pitcher must have a small ball to pitch, and the hitter must have his batting tool. When the first pitcher throws the ball in this drill, the other one immediately takes his place.

When the first ball is hit, the second pitcher throws the ball immediately. Rotate the ball; when all balls are pitched, switch places and rotate and repeat.

The hitter’s reaction time to bunt will improve with this exercise. It will also give a clear idea of where to bunt and how to bunt. Also, a player will learn not to bunt back to the pitcher. Fast reaction is what is needed many times.

A player can stand in the batting stance and practice bunting with the bat they will be using in the game. They can pretend that the ball is coming to them, and they are going to bunt it.

Your elbows should be bent and not extended when you bunt; practice it while you are bunting. Also, try to be natural as much as you can to improve your practice.

When you are practicing with the team, try to catch them outside of the pitched ball.