A softball player knows every insight of the game, but what about you? The game is full of special knowledge that makes the game more fun to watch.

Being a softball fan, it is necessary for you to understand every inch of the game. Here are the unique questions and their answers that every softball fan must know. 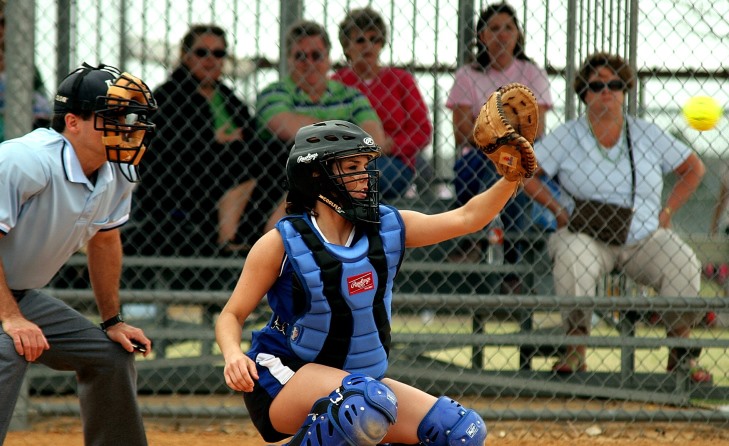 Why is there no pitching mound in softball?

In baseball and softball, the pitching mound is one of the biggest differences impacting pitching motion. The softball players don’t have to stand on a mound – they throw from a flat surface.

The flat ground circled with white chalk is called a “pitching circle”. It is not elevated because of the underhanded pitching motion.

Why do softball players throw underhand?

There are many reasons for the softball players to throw underhand. They launch the ball using centripetal force. This allows the players to use less energy and strength when delivering the ball. The size of the ball is also the cause.

As the size is bigger, the ball is hard to launch overhand. This motion produces less impact on the delivering shoulder of the pitcher.

Overall, it is known that there is no specific rule to give rest to the arms when there are consecutive days of pitching. Pitching underhand reduces the stress that produces on the muscle due to pitching.

Thus, it is not incorrect to say that softball players throw underhand because less technique is needed, requiring less stamina than throwing the ball overhand.

What is the easiest position to play in softball?

This game could be played as a fastpitch or slow pitch. So, the easiest position mainly depends upon the softball type that is being played.

Mainly, in the slow pitch, most batters are right-handed. That means the ball will go to the left-hand field most. On the other hand, it is the opposite in the fastpitch game.

So the players in the right-hand field have the lesser work to do when the batter is left-handed and vice versa.

For many people, outfielders have lesser work to do than others, but the second baseman has the easiest position in softball.

However, every position in the game is important. That’s the only reason why the player is standing in that position.

What’s the hardest position in softball?

Again, it is a matter of choice. Many people say that catchers have the toughest job as they need to catch the pitcher’s pitches.

Also, they have to throw the ball ahead of a baserunner or a batter before they get to the base. They catch the balls thrown by the fielders as well to secure the home plate. They constantly remain active in the field, so their job can be considered challenging.

On the contrary, many have the opinion that pitchers have the hardest position. It is because they need lots of energy to pitch. Also, after pitching, their work continues, and they need to become a fielder as well.

They are the ones who face the forceful ball hit by the batter because they are just present at the front. Above all, they get the most injuries and muscle-related issues in the game when they don’t get enough time to rest.

What muscles are used in softball pitching?

The softball pitch movement requires the pitcher to step forward on the non-pitching arm side by shifting the body weight to the foot. The shoulders need to rotate with the trunk being in front of the batter.

With the trunk rotation, the pitching arm follows it with medial rotation, stressful shoulder flexion, with lower arm pronation when the ball is released.

What bats do college softball teams use?

It is hard to tell which bat they specifically choose because every team has its priority—some like one brand over the other due to their personal preferences.

All the big bat manufacturers design the bats that are special for college softball. I can here provide you with the brand names to make the selection a bit easier:

No matter which brand is used, the game usually depends upon the batter’s training and playing method. You can also refer to the lists below when choosing the softball bats for your team.

What size bats do college softball players use?

Again, it is a personal choice, but the officials have provided a range to select from. The youth players could go from 26 to 32 inches; on the other hand, 30 to 34 inches long is the limit for the high school players and older. Some go for the shorter bat, while others want to have big ones.

Other than that, the bat is usually considered based on its length to weight ratio, also known as the drop weight. For the ages 14 and above, -11 to -8 drop weight is recommended in many games.

How many hits does a softball bat have in it?

The answer could be anywhere between 2000-4000 hits, but these numbers could change for many reasons. There are different things to consider.

The material of the bat is the foremost thing, along with the quality of the bat. The season in which the bat is being used also holds great importance.

All in all, every softball bat is different, also the player who is using it; so, nothing could be said for sure.